The National Telecommunications & Information Administration (NTIA), in their May 1997 Manual of Regulations and Procedures for Federal Radio Frequency Management, required all federal radio systems in the 138-150.8 MHz, 162-174 MHz, and 406.1-420 MHz bands to comply with narrowband requirements. Essentially, NTIA required these radio systems to operate in a channel one-half the previous size. In response to the NTIA mandate for all federal agencies to migrate from wideband to narrowband operations, the Office of Management and Budget (OMB) memorandum requested DOD agencies provide an inventory of Land Mobile Radio (LMR) systems, equipment, a transition roadmap, and an integrated capital investment plan (CIP). The leveraging and integration of commercial communications developments into the evolving military communications architecture offered opportunities for enhanced capabilities, better interoperability, and reductions in equipment costs. Therefore, the OMB requested that the CIP describe how the DOD will ensure its services and agencies coordinate on a geographic basis and share infrastructure wherever possible. 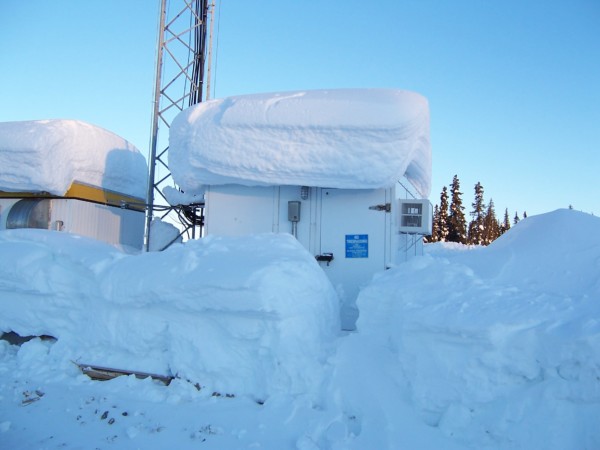 Standards were required for interoperability, safety, and security, and to essentially define the overall architecture of a given system. In August 2001, the Deputy Secretary of Defense mandated DOD procure and implement the Association of Public Safety Communications Officials (APCO) Project 25 and Telecommunications Industry Association (TIA) 102A standards. This policy also provided direction on levels of robustness, encryption, and procurement of LMR systems for DOD use. The Commander Alaskan Command (COMALCOM/JTF-AK), in response to the NTIA and OMB direction, facilitated the formation of a Federal LMR Executive Council. This council was chartered to develop a consolidated LMR migration plan for DOD and other federal agencies in Alaska. Initially, narrowband compliance, shared infrastructure, cost-sharing, and increased interoperability among federal government agencies were the intended goals.

The LMR Executive Council was formed under the original charter on 19 September 1995 and centered the Executive Council’s goals and objectives for migration to narrowband operations and addressed only federal agencies in this process. However, COMALCOM/JTF-AK sought to address the civil support roles and missions facing DOD, as well as the other federal agencies. The charter was revised in September 1997, to include state and local agencies, and broadened the focus to address interoperability across all government public safety and first responder disciplines. The September 1997 charter was written to address the September 1997 Memorandum of understanding (MOU) between federal, state, and local agencies to conduct a “Request for Information” (RFI) to industry for a technical solution for an interoperable statewide system supporting federal, state and local public safety first-responder missions and roles. The LMR Executive Council was charged with defining, developing, and coordinating a migration plan to provide a cost-shared, LMR communications service.

COMALCOM/JTF-AK directed the Executive Council to expand its goals to include improving interoperability among all agencies engaged in mutual aid, emergency and medical response roles and missions. The LMR migration plan facilitated approved users within the State of Alaska to access and utilize this service, for the primary purpose of improving communications interoperability. This action fostered a working relationship with the State of Alaska, the Alaska Municipal League (consisting of 39 cities, 14 boroughs), as well as various other federal agencies.

Today, in the ALMR cooperative partnership, federal, state, and local government agencies collaborate through a cost burden shared infrastructure to share a single, standards-based, LMR infrastructure to facilitate on-demand and in-real-time, secure, interoperable communications between and among these agencies for day-to-day operations, mutual aid, emergency/medical response, and Joint Task Force (JTF)missions and roles. The ALMR partnership has eliminated many of the known barriers to interoperable LMR communications by addressing planning, funding, technology, and spectrum from a joint cooperative approach. 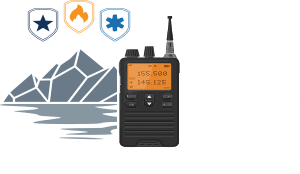 A Federal, State, and Municipal Partnership